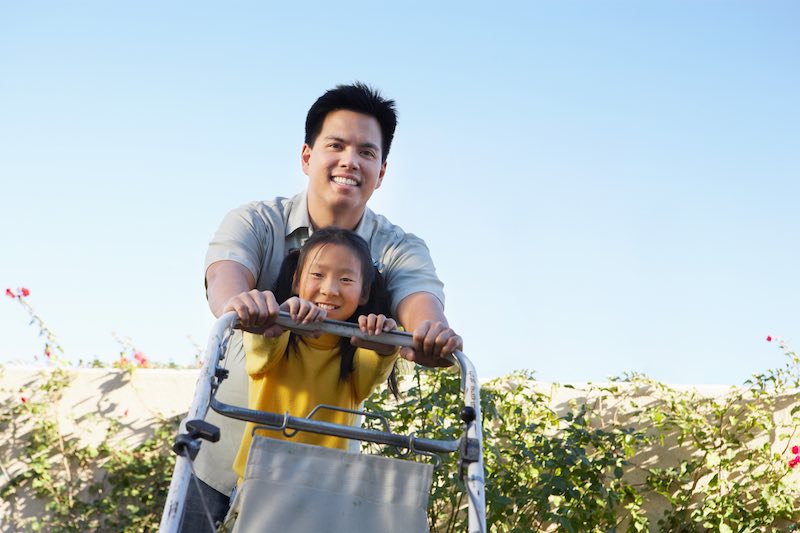 I have more to say about financial independence today (since I received some great feedback the last time I wrote about it). But before I get there, I’d like to speak some encouragement to you. A few people in Grand Rapids wrote me saying that they were feeling pretty dispirited about their personal situation … and that anything discussing “financial independence” really seemed like a pipe dream, and unrealistic for them.

As usual, I know that when a few people write about it, there’s many more that think it, and I’d like to speak a word to you, if you’re in that category.

When you go through hard times, financially, it’s easy to believe that there’s no light at the end of the tunnel. But did you know that most millionaires were previously bankrupt at some point? (Just Google it, you’ll see.)

In fact, it’s often the “fire” of these times of trouble which serve to clarify things — and get you into the place of making smart decisions, perhaps for the first time.

So, if you’re feeling the financial heat right now, (and I don’t mean from the summer sun), look out for the blessings in the midst of pain. I know it’s hard — but chances are, you’re being reminded of what’s REALLY important … and often, seeing this again can be a launch pad for living the kind of life that you really want to live.

Now, to the good stuff…

Smart Planning for Financial Independence in Grand Rapids
“There is no royal road to anything. One thing at a time, all things in succession. That which grows fast, withers as rapidly. That which grows slowly, endures.” -Josiah Gilbert Holland

Money has no value unless you’ve got the time and good health to enjoy it. In fact, if you have to be poor, would you rather be poor now or at retirement? By planning carefully and investing wisely, you shouldn’t have to make this choice.

Becoming Financially Independent
Reaching financial independence isn’t always easy. It takes time and work. You cannot accomplish your goal of achieving it by wishing. It takes doing. It takes being committed and absolutely determined to act.

One way you can act now, is to take a look at your personal expenses. Here’s some tips to cut them…

* If you and your partner both work, try to live on only one income. Invest the other.
* Save an emergency fund, but don’t make it too large. I like a small (one-month of expenses) emergency reserve, with everything else invested in mutual funds. Eventually, you should work to build this up to 3-6 months, but initially, one month will do.
* Never borrow money, except to buy a home. If you use credit cards, use them only as a convenience, not to borrow. Of course, I recommend not using credit at all for everyday purchases. Debit cards will really cover any use for which you might want or need to use plastic.
* Pay yourself first. Every month, invest some portion of your income for your future. Again, I recommend setting this up to be happening for you on an automated basis.

Finding more money to actually invest is the best way for you to reach financial independence in Grand Rapids. And one great way to find extra money is to cut back on your existing expenses.

I hope this helps!

I’m grateful for your trust, and for your referrals.

More from my site

Get On Our Waitlist

Get on our waitlist